Friday, May 6, the class of 2023 held their Junior Exhibition.  It was an enjoyable evening and the participants did a fantastic job!  The Master and Mistress of Ceremonies were Chase Hobbs and Jasmine West.   They began the evening by inviting Christopher Tardie and Braden Elliot to the stage.  The duo entertained the audience as they performed a musical number titled "Feel this Moment," made popular by Pit Bull featuring Christina Aguilera.

Next on the agenda for the evening, was the judged portion of the program.  Parker Corey was the first participant to recite a monologue.  It was an adapted speech by Denzel Washington.  The message of the speech was that of encouragement, to never give up, to "Fall Foward" and not backward.  It was a good reminder not to give up on what you are working for.  Eventually, the hard work will pay off.

The second speaker was Delancy Koch.  Delancy performed an "Altered Gru Speech" which was inspired by the movie Despicable Me.   Delancy acted out the role of Gru from the movie, speaking to the minions on how to "pull off the true Crime of the Century!"  Delancy did a fine job of keeping the audience's attention.

The final speaker of the evening was Lucy Tate.  Lucy recited five poems, If Only Rocks were Edible, Yellow Raincoats, They Say the Fields are Wet with Dew, A Deserted Beach, and, John G. McFee.   Each poem was written by Josh Tate.  Each poem was filled with imagery of the subject matter.  Lucy spoke with elegance as the words from each line flowed smoothly in each rhyme.

Following the speeches, there was a brief intermission where audience members were allowed to submit votes for a "People's Choice Award."  During this time, the audience enjoyed a musical number played on piano by Dylan Evans, a member of the class of 2022.

To end the evening the votes were tallied and awards were given.  The winners of the Class of 2023's Junior Ex are as follows:  1st Place Parker Corey, 2nd Place Tie between Delancy Koch and Lucy Tate, and  People's Choice Award winner, Parker Corey. 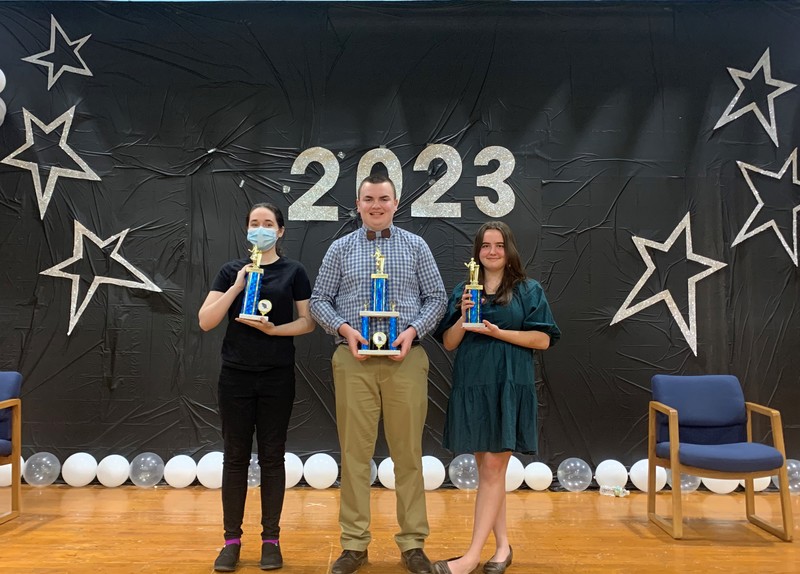 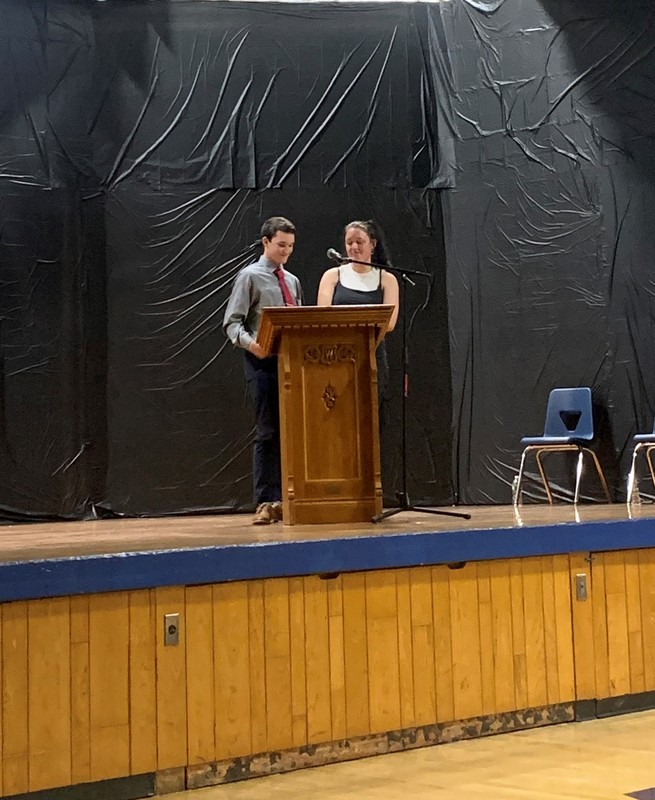 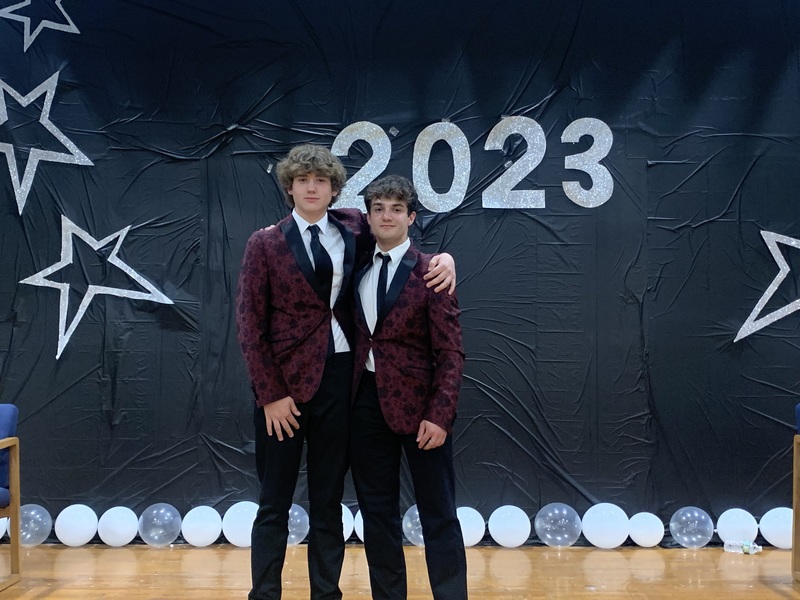